Steve Vai, guitarist supreme, a man who was called a “little Italian virtuoso” by Frank Zappa, is a man who if any, has an intimate relationship with his guitars. In the mid 1980s Vai struck a deal with guitar production company Ibanez, a relationship that have lasted ever since, and which have spawned a series of guitars that have since become the staple for many guitarists around the world, from happy amateurs, to serious collectors and heavy metal super stars.

The story of the relationship between Steve Vai and Ibanez all starts in 1985 when Vai joined the supergroup David Lee Roth formed after his departure from Van Halen. Vai was to be the main guitarist in this group and his sudden explosion on the world guitar scene as one of the most famous and recognized faces made it clear that he needed some newer and more flashy gear. Having played for a couple of years with hand build prototypes, Steve gave each of the guitar companies that wanted to endorse him a specific set of plans for the guitar he wanted. Only Ibanez complied with a guitar build almost exactly to Vais specifications, and within months the Ibanez JEM series was born as a result. Officially released upon the world in 1987, the Ibanez JEM series featured a number of unique elements that was not to be found in other guitars at that time, from the unique whammy bar, the way the pickups were arranged, to the handle cut in the body work; lovinging referred to as the monkey grip.

However the story doesn’t end there. With the JEM series being a signature series, most of the various versions of the JEM guitars are in limited numbers, with a few series being the exception, most notably a cheaper Korean version. However what is most interesting are the versions of the JEM guitars that are truly rare and unique. The two most famous versions of the JEM guitars is most likely the JEM2KDNA and Steve Vais personal go-to guitar the EVO. The original JEM777 series was the first ever JEM series available, with 777 models released, however stranger and more exclusive version of the JEM have since been created. Among those are the JEM2KDNA guitars, of which only 300 were only made. Though the guitar in an off itself is just a classical JEM guitar in regards to the parts that it is constructed of, however the paint is truly unique, as it is made from 1:8 parts of Steve Vais own blood, and painted with a dip and drip method; ensuring that each guitar is truly unique, as well as creating a (albeit slightly weird) bond between the owner of the guitar and Steve Vai.

Finally there is the JEM EVO guitars, of which only 100 were released, and steve way being in possession of additional 2 more models; the original, and one of the clones. We say clones because this series of JEM guitars are all made to be as identical as possible in any way to Vais own original EVO guitar, his longest lasting JEM guitar, which have seen use at countless live shows, recordings and so on. 100 copies were made, all hand signed by Vai, and released for collectors to seek out.

Though most of the JEM guitars differs mostly from each other in their looks more than in the way they sound, there are notable differences between the older and newer models, with changes having been made both in regards to the wood and other materials used to produced the body of the guitars as well as different types of pickups used for various series of JEMs. However this is all part of the plan, as Vai’s wish have always been to have a series of guitars available, that will sound more or less the same, no matter where you pick up a new model. For the same reason, almost all of the JEM guitars uses Dimarzio pickups, and have the same fret arrangement and whammy bars.

And even so, sometimes there is need for something completely different. In 1990, Ibanez released the very first Ibanez Universe guitars, also made in close collaboration with Steve Vai. What makes the Universe series markedly different from the JEM series, is that even though it resembles the JEM series closely there are two defining elements that really sets the Universe apart: first it lacks the signature monkey grip of the JEM guitars, and second it boasts a second string, making it a 7-string guitar, a feature that at its release was highly unusual.

Since then a number of different JEM and UNIVERSE series have been released, and both of these brands of Ibanez guitars are still going strong, proving that the partnership between Steve Vai and Ibanez have produced more than just a couple of beautiful guitars, they have also produced a high quality series of instruments, for musicians and collections around the world to enjoy.

Also: Remember to visit us on our social media:

At Frankfurt Messe 2013 we met up with Mayones and talked about the new models that they brought to the show.

See pics from Mayones booth at Frankfurt below 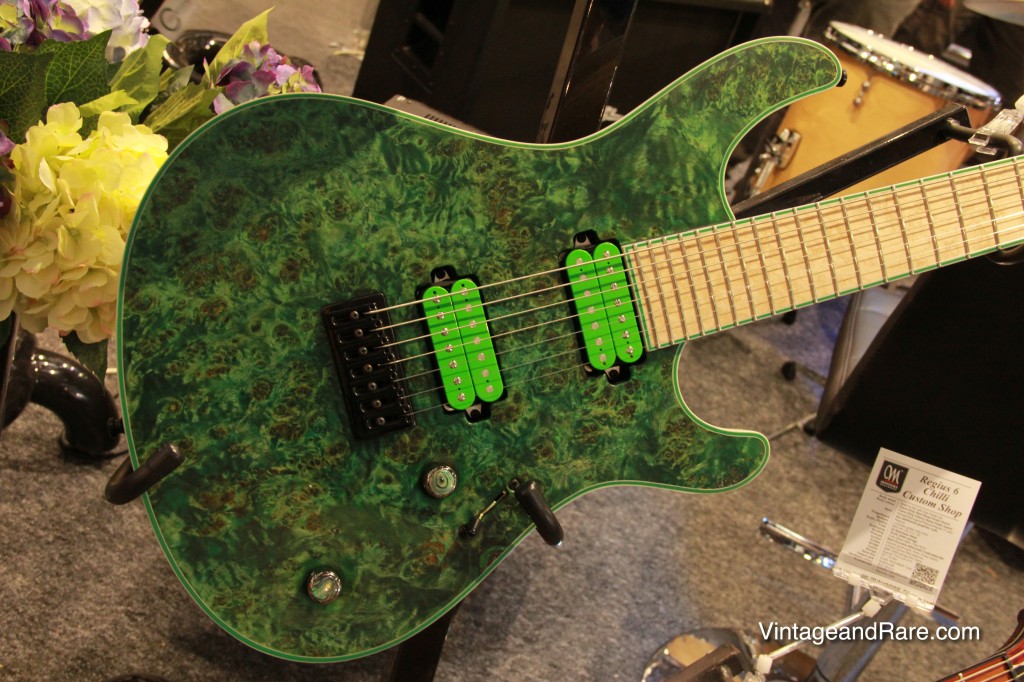 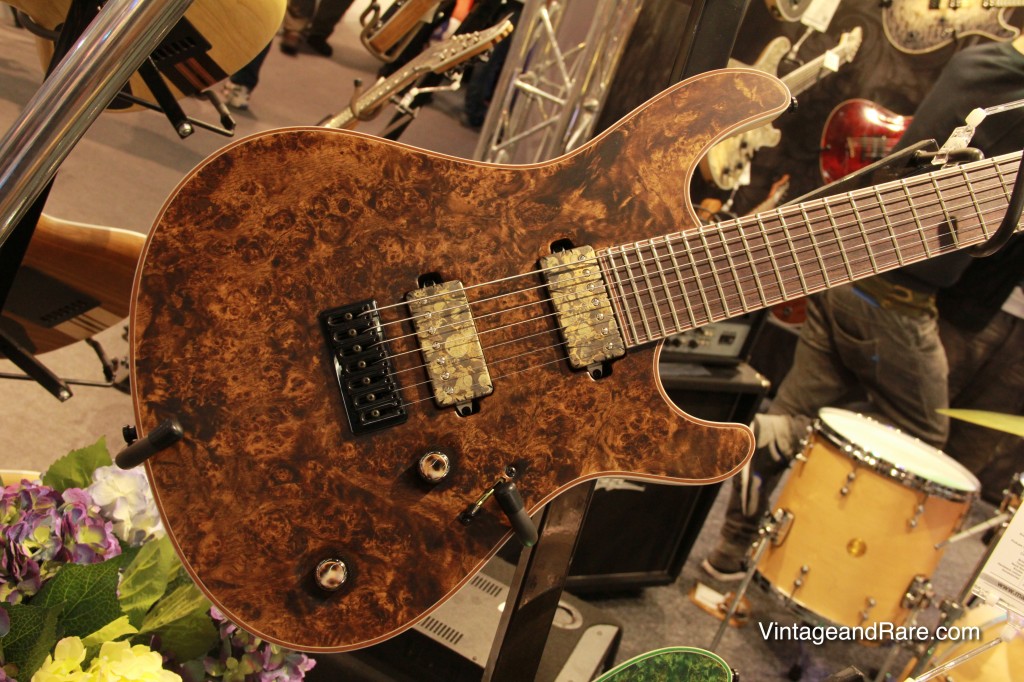 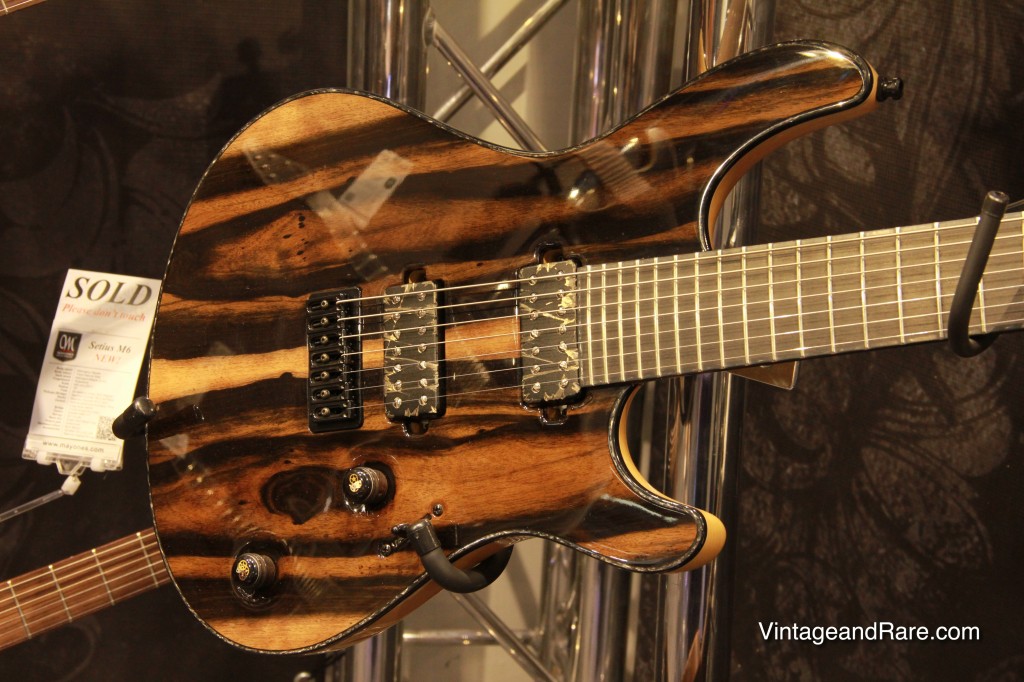 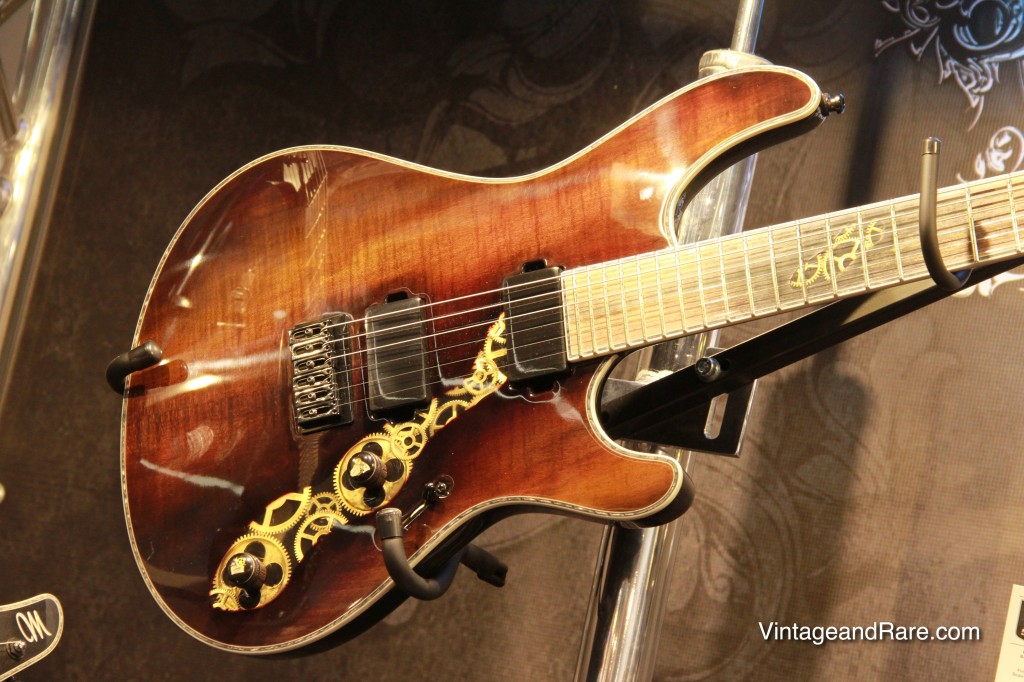 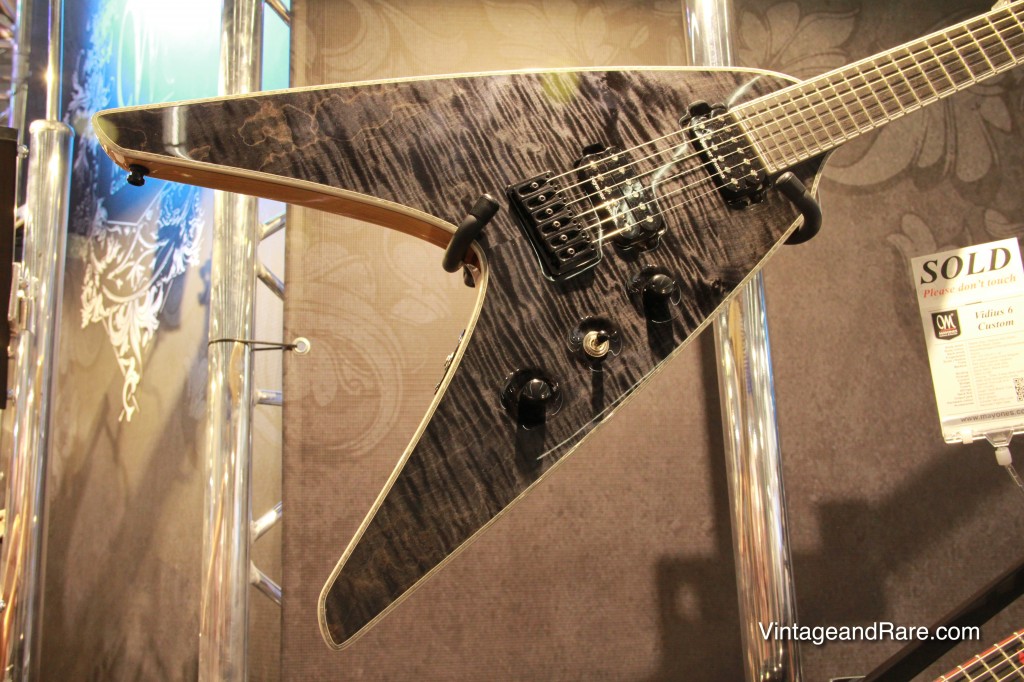 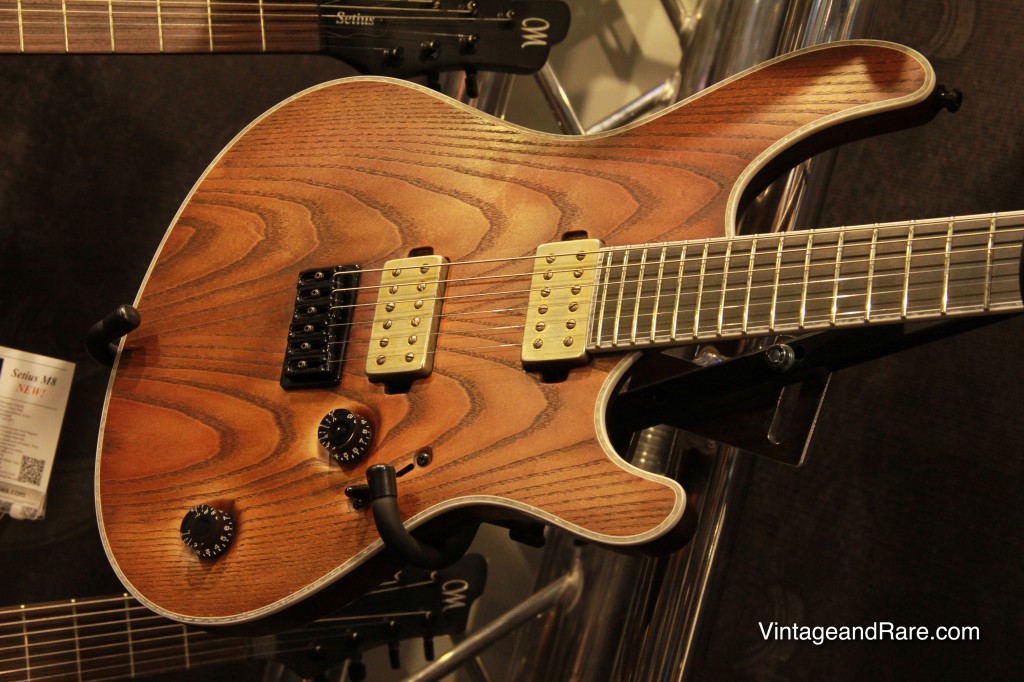 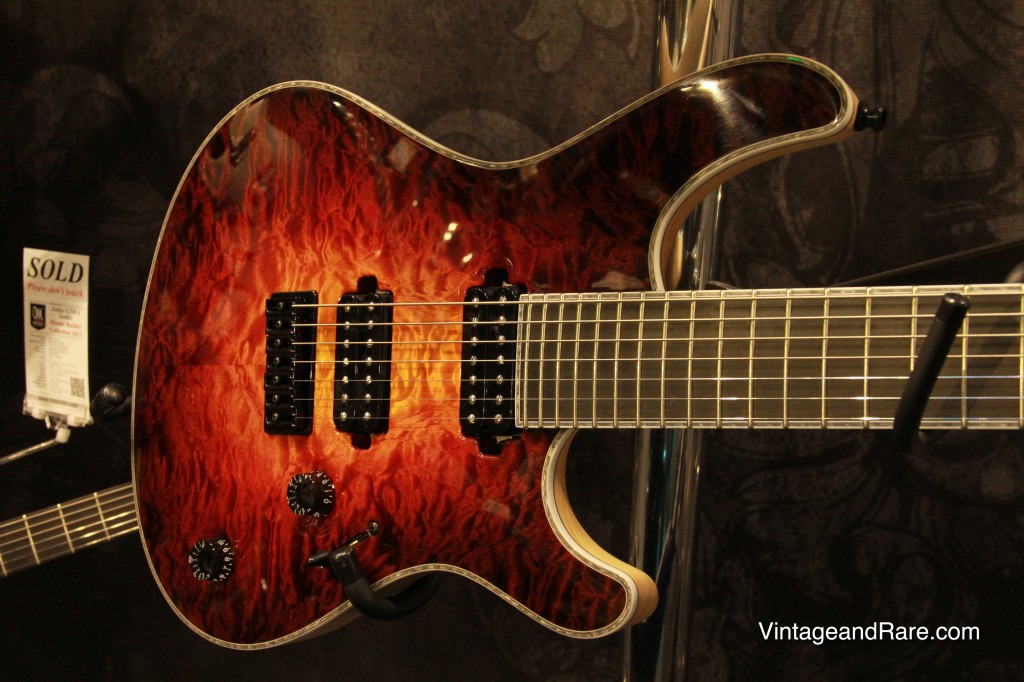 At Frankfurt Messe 2013 we met up with our good friend and V&R partner Frank Deimel from Deimel Guitarworks based in Berlin, Germany.

On this clip Frank shows us two different versions of the Deimel Firestar model.

In January 2014 we had the pleasure of shooting 2 performances with Rocco DeLuca at the house/studio of Daniel Lanois in Los Angeles, exclusively for VintageandRare.com

On the first video Rocco is performing his song “Through Fire”. On the 2nd video Rocco performs “Congregate”. Both songs are from Rocco´s forthcoming album.
Both performances was done on a very unique baritone lap steel (Rocco Deluca prototype) built by CA based masterluthier and V&R partner, Pavel Maslowiec aka Pavel Guitars. 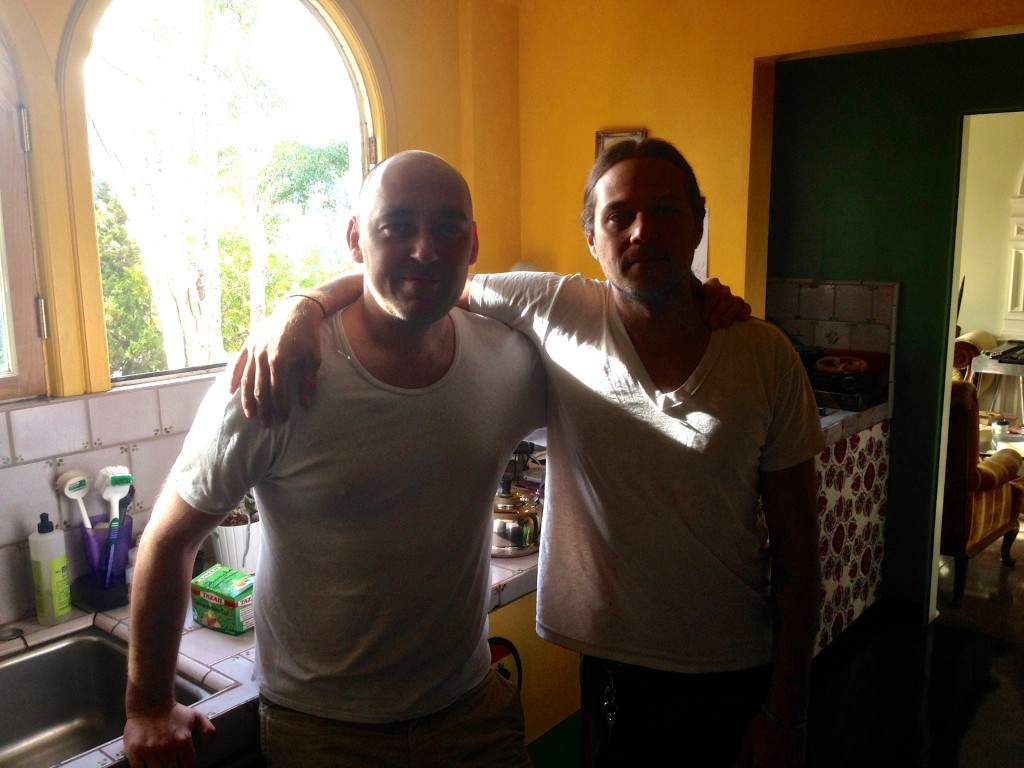 At Frankfurt Messe 2013 we had the pleasure of meeting Teuffel Guitars aka Ulrich Teuffel.

On the first video Ulrich presents his new Antonio model and on the 2nd video, a deluxe version of the “Birdfish” and at last the “Tesla”. 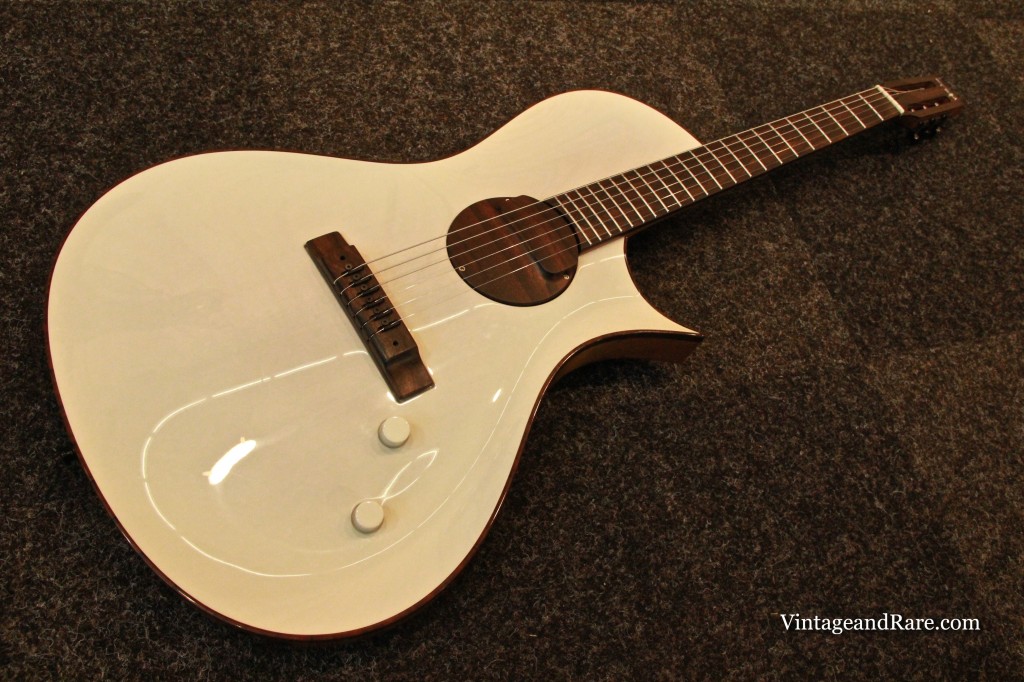 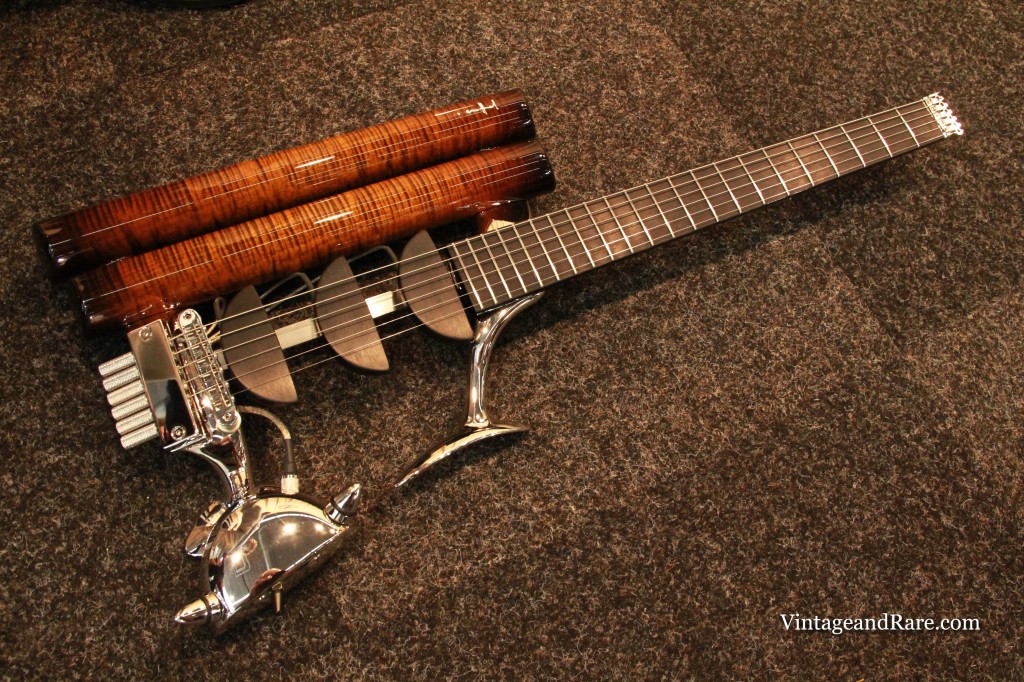 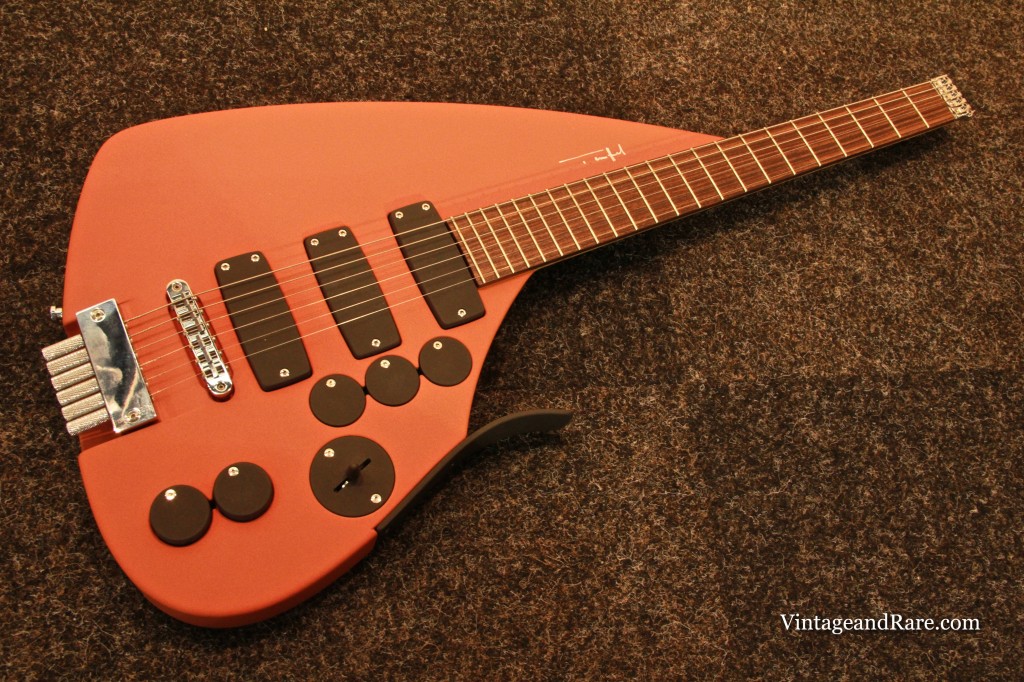 On Frankfurt Messe 2013 we had the uttermost pleasure of meeting Bastian Kanbach from Zeal Guitars in Germany.

Hope you enjoy. Please do not hesitate to contact us if any interest in purchasing this model from us.

After the video let’s see these beautiful music instruments. 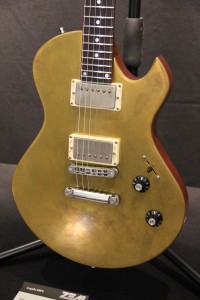 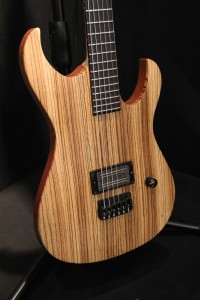 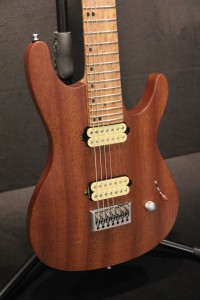 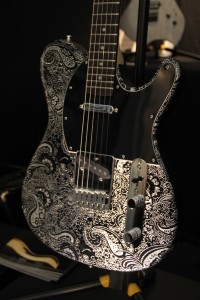 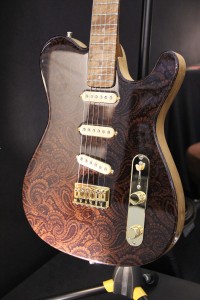 For more information, please visit Zeal Guitars own page or on Vintage&Rare.com site

On Frankfurt Messe 2013 we had the pleasure of meeting Rob Bluebird from Bluebird Guitars.

Hope you enjoy it. Please let us know if you are interested in purchasing such a guitar. 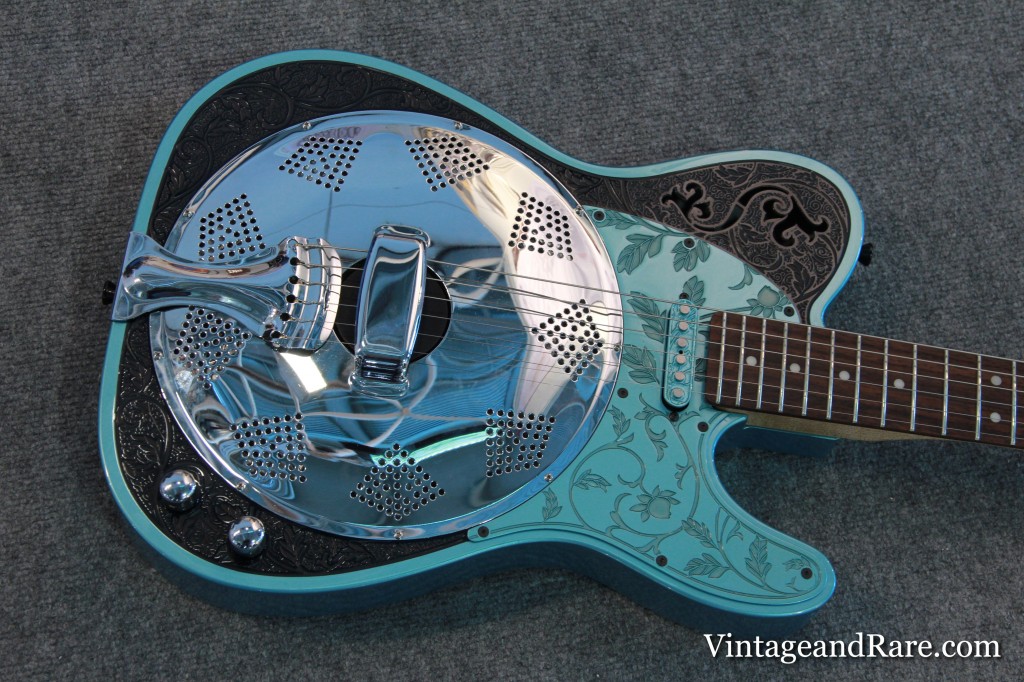 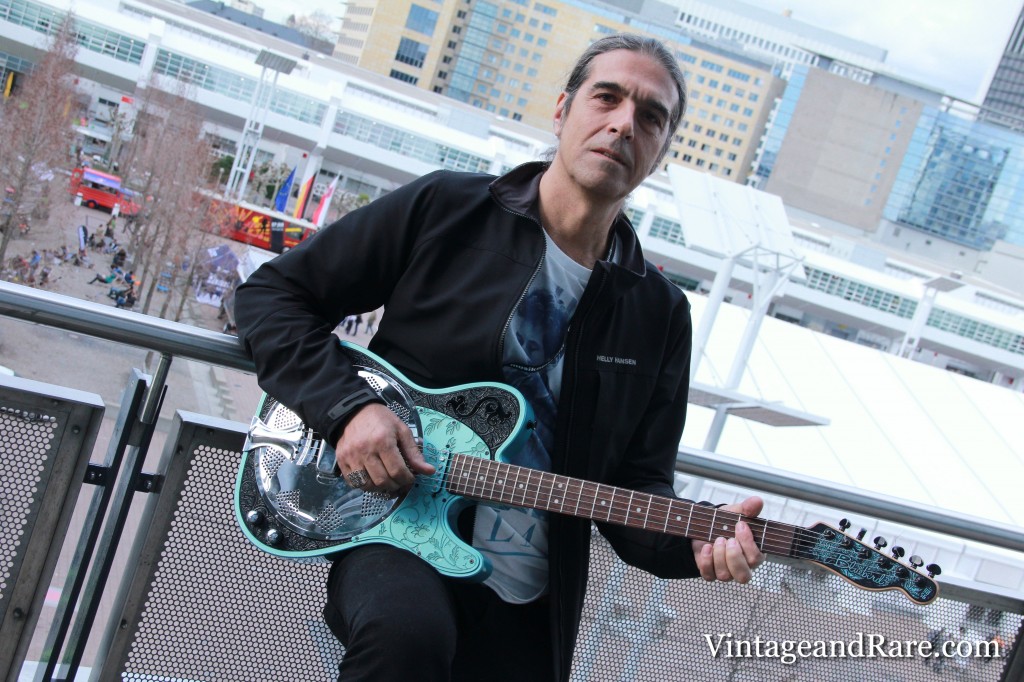 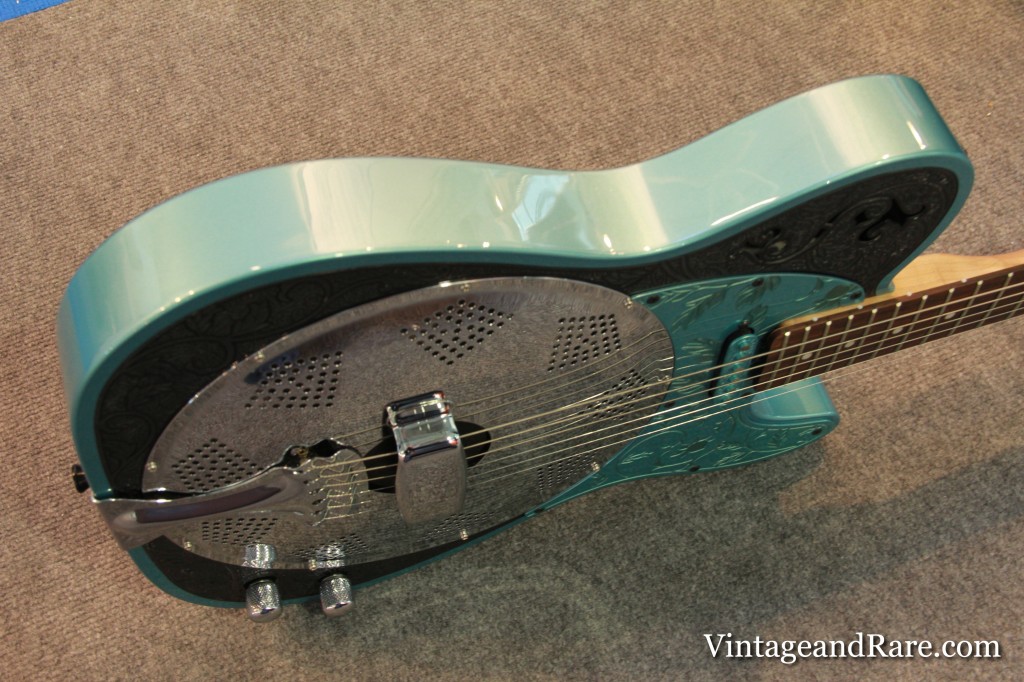 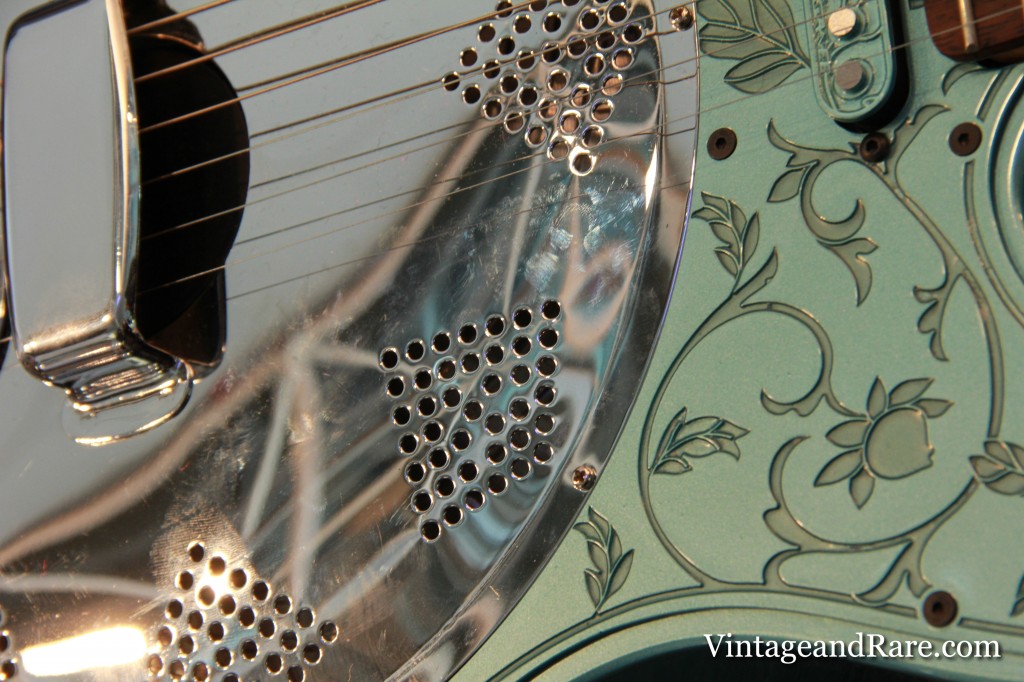 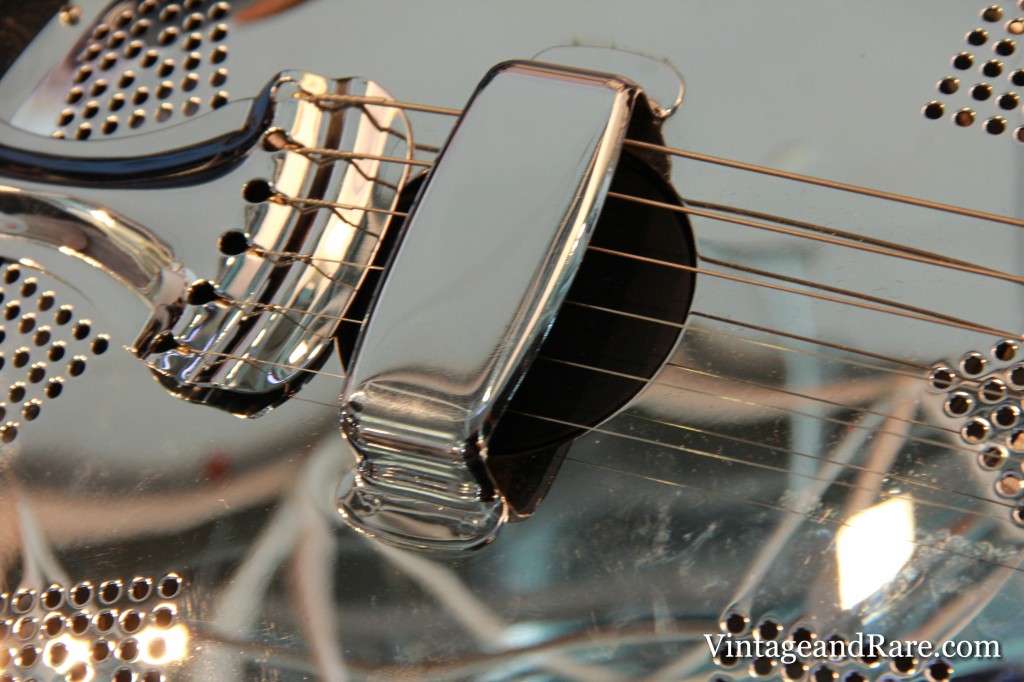 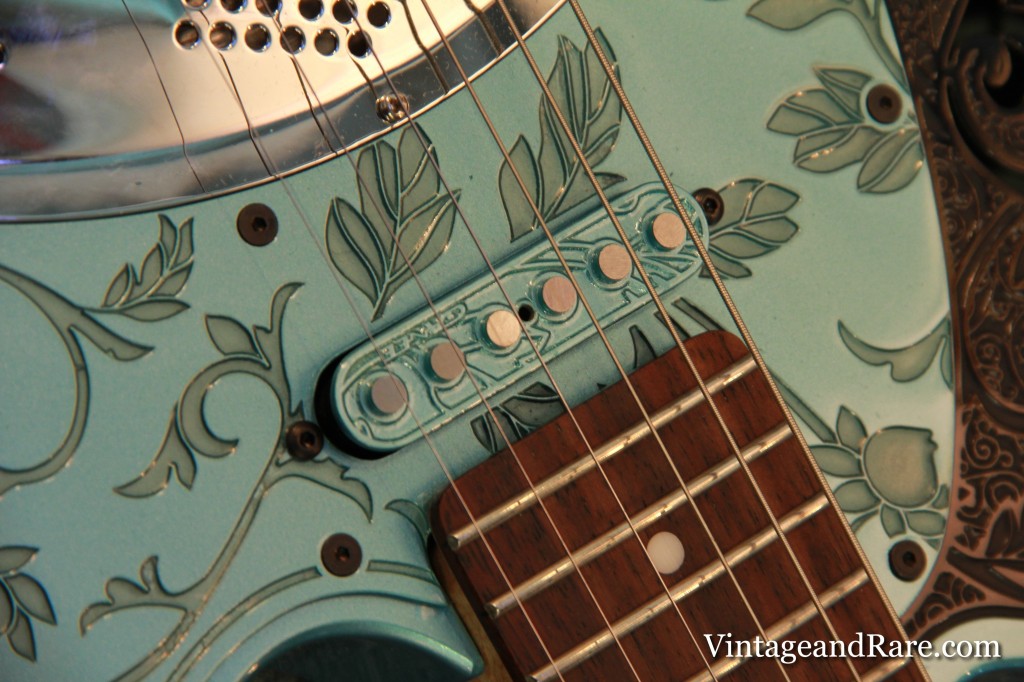 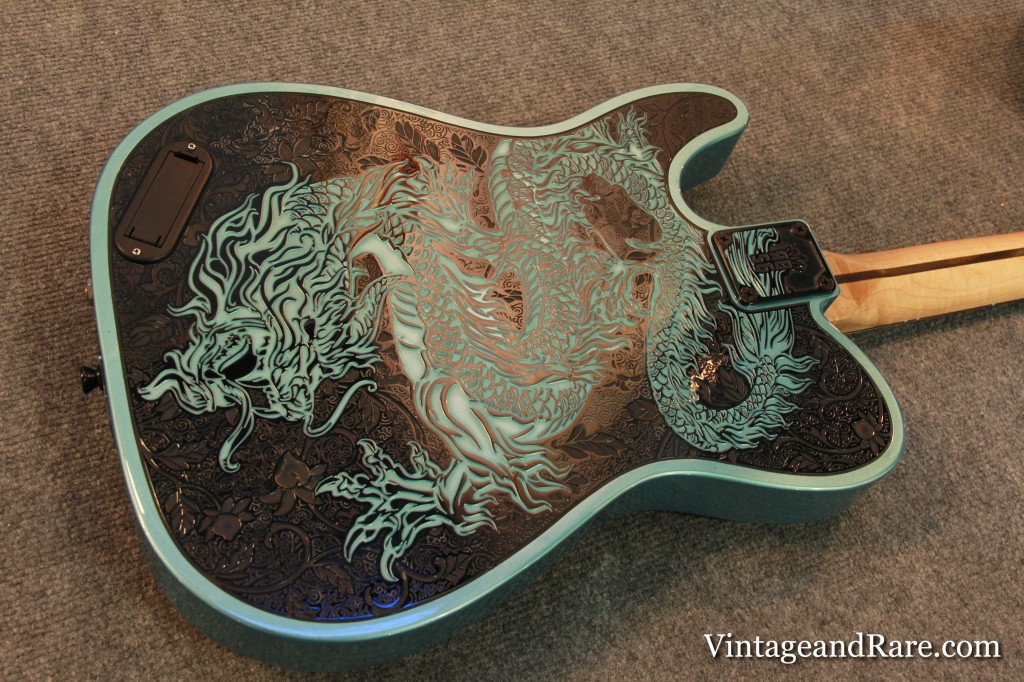 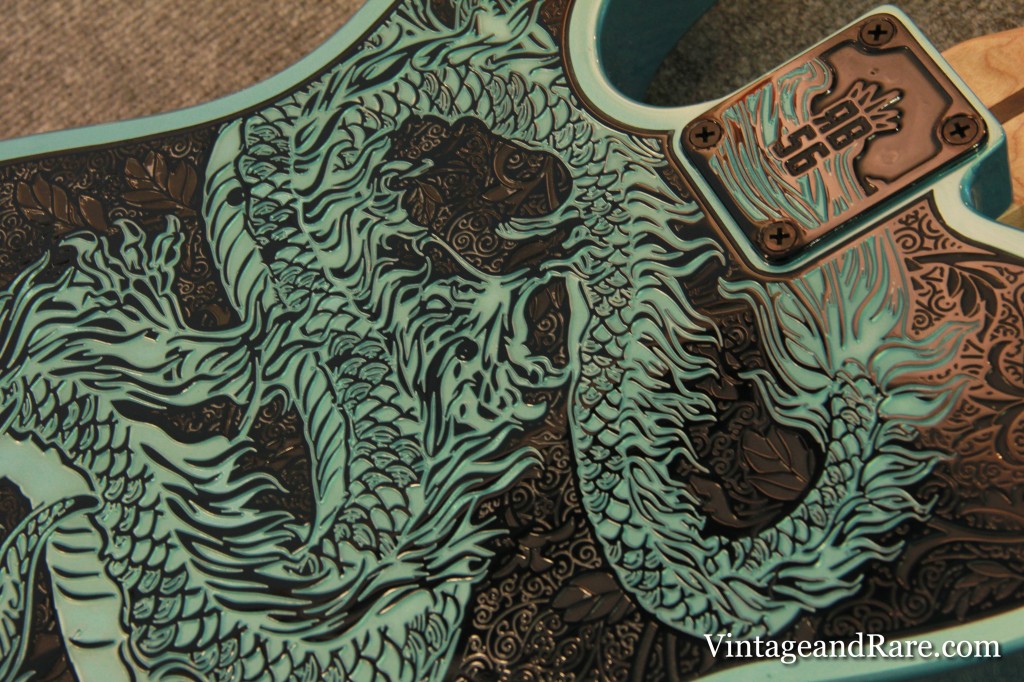 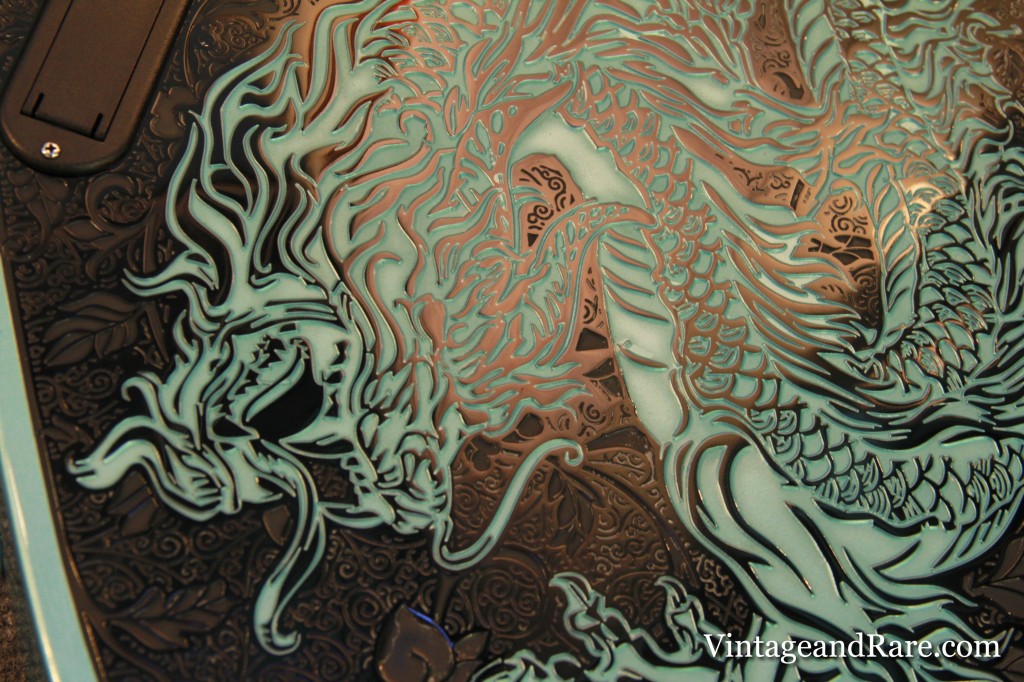 Guitar show Frankfurt 2012 was a great opportunity for Nicolai from Vintage & Rare to record many impressive videos. We want to share all of them with you. This week we are showing you impressive Caparison Guitars.

Caparison Guitars are Japanese guitar and bass company. The company was established in 1995. Their best selling guitar is “Horus” model, but it is also important to mention their Caparison Dellinger, TAT and Orbit models.

‘’ I am delighted to continue working with, and designing for Caparison. I would like to express my deepest thanks to our customers, dealers, artists, and all who helped support us in making a fresh start. It is my feeling that Caparison guitars are still evolving, and I have many ideas that can now be embodied. With your support, I look forward to realising a world of new guitars.’’

They are mostly focused on development and production of musical instruments, such as Steal String Guitars, Jazz Guitars, Irish Bouzoukis, Acoustic Bass Guitars and custom orders.

Here are some cool pictures and videos of that day. Enjoy!

Frank Deimel opened his guitar/bass-workshop in 1998 in Berlin. Some of his clients are Sonic Youth, Tocotronic, Nikki Sudden etc. We had a little chat with him about his work as a luthier. 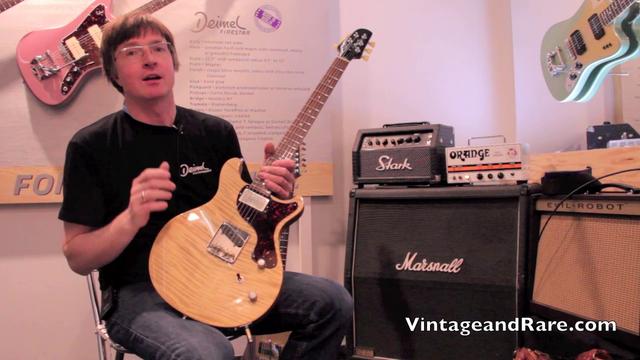 Hi Frank, thank you for taking your time to speak to us. Could you tell us a little bit about how and when did you start your company? Where are you located?
I started my guitar-building company in Berlin during my study at the UdK Berlin, while I took the Industrial Design courses. I developed several designs of my guitars during that time, and besides that I got to known Berlin as a divided place. In 1998 I officially started the business, which is based in former west, called “red island”, it`s a place somewhere between Potsdamer Platz and Tempelhof.
END_OF_DOCUMENT_TOKEN_TO_BE_REPLACED